😎 Save $$ with our Ruby/Rails and Elixir/Phoenix bundle deals!

The fastest way to turbocharge your Rails apps.

Oh, they all had heard of Hotwire. (FOMO is a strong motivator.)

But figuring out what to do with it is another thing altogether.

And yet, it's baked into Rails 7 as the default.

So it must be important, right? Indeed it is. Some might even say it's the next (best!) evolution of Rails.

But what even is it?

The name Hotwire is a bit misleading because it's not one thing, it's actually two things (Turbo and Stimulus). And one of those things (Turbo) is actually three things (Drive, Frames, and Streams). Collectively, they're the new default way of building Rails frontends that have the speed and responsiveness of a single-page app. Frontend?! 😬

"I basically avoid frontend stuff because of the time necessary to learn the JS ecosystem."

That's a direct quote from one of our students, and it's a common refrain. Building modern frontends has become complex. Like, really mind busting. 🤯

But what if there was a saner way to go about it?

"When I see Hotwire I get excited to be productive on the frontend in Rails."

That's another direct quote. And we totally agree! Hotwire lets you build dynamic frontends while taking a pass on climbing the mountain that is "The JavaScript Ecosystem." 🌋

Which means it's mostly server-rendered HTML using all the familiar Rails goodies: templates, partials, controllers, actions, routes, and so on. (Yes, you can add splashes of JavaScript, too.)

So everything you know (and love) about Rails is still in play. Hotwire just brings new techniques and tricks to the game.

To use Hotwire effectively, though, you need to understand both the problems it solves and when, where, and how to use each of its components.

But who has time to decipher the docs and figure out how all the pieces fit together?

Not you, that's who!

No need to scour the web and waste your time piecing together resources. We distilled what you need to know, assembled it in the right order, and neatly packaged it as a video course that's paced for experienced (and busy) Rails developers. 🙌

You'll see how to integrate Hotwire into an app without breaking stuff!

Starting with a full-featured Rails app that could benefit from Hotwire, we'll incrementally improve each page step-by-step. No hype or hand-waving here. You'll learn:

See, feel, and experience Hotwire firsthand in a real-world app!

Sign up and we'll let you know when the course launches in early 2022! We'll also send you a link to the demo app. 🏎
No spam. Unsubscribe anytime.

(and why it's the future of Rails)

Hotwire is made up of Turbo and Stimulus. Turbo is a set of technologies—Turbo Drive, Turbo Frames, and Turbo Streams—for dynamically updating parts of a page without writing any custom JavaScript. And for those situations where you need a dash of JavaScript, Stimulus is a lightweight JavaScript framework that nicely complements Turbo.

Check out this 7-minute video to see what problems Hotwire solves:

This course isn't for Rails newbies.

Simply put, this course is focused on how to use Hotwire, not how to use Rails. We assume you're already familiar with Rails. This means we won't waste your time building an entire Rails app from scratch just to have a starting point for Hotwire. That would take hours and be super boooring! 😴

Instead, we'll start with a classic Rails app, walk you through it, and then incrementally layer in Hotwire. That way, 98.7% of the course is all about Hotwire.

New to Rails? Not to worry—we can help! Our popular introductory Rails course is the perfect place to start. Together we build a full-featured Rails app from start to finish, step-by-step. You'll learn all the fundamentals of Rails and be ready for Hotwire. 👌 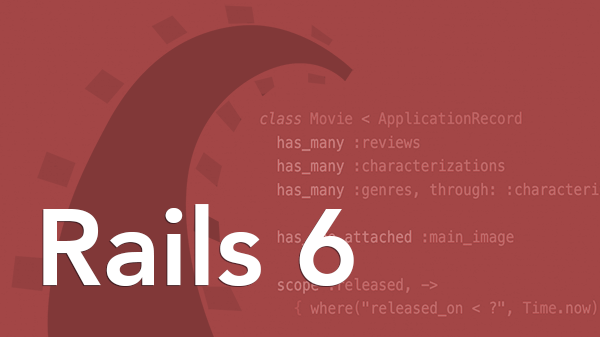 We've been using Rails since version 1.0 and teaching it for over 16 years. In fact, Mike helped build one of the first production Rails apps in 2005 and co-taught the first official Rails course in 2006. Since then we've built countless Rails apps, including the suite of apps that power this site and our custom video learning platform. We still write Ruby and Rails code almost every day.

We spent months immersing ourselves in Hotwire, and condensed everything we learned into a course you can work through in just a few hours. It's the course we wish existed when we were learning Hotwire. Hope you enjoy it! 😀