Over the years, Tailwind CSS has become my go-to CSS framework. I previously wrote a tutorial on how I add Tailwind to Phoenix 1.4 and 1.5 apps which use webpack by default. Phoenix 1.6, however, uses esbuild rather than webpack by default. Although many of the steps to installing Tailwind remain the same, enough is different to warrant a new tutorial.

Next up, we need to customize the Tailwind installation for Phoenix applications.

The first step to doing that is to create a Tailwind configuration file in the assets directory by using the tailwindcss utility:

You’ll get a default config file named tailwind.config.js that Tailwind looks for by default.

Then in terms of customizations, you just need to specify the paths to all of your JavaScript files, view modules, and template files. To do that, set the content option in the tailwind.config.js like so:

Tailwind scans these files looking for any Tailwind utility classes to include in the generated CSS file.

Because we passed the --postcss option to the tailwindcss init command, it also generated a postcss.config.js file that includes the following:

This tells PostCSS to use the tailwindcss and autoprefixer PostCSS plugins when generating the CSS bundle. The tailwindcss plugin finds Tailwind directives in CSS and replaces them with CSS generated by Tailwind. And the autoprefixer plugin adds vendor prefixes such as -webkit, -moz, and -ms to CSS.

The order of the PostCSS plugins is important: we’re essentially defining a CSS build pipeline. Since Tailwind doesn’t include any vendor prefixes in the CSS it generates, the autoprefixer plugin needs to run after the tailwindcss plugin.

3. Watch For Changes In Development

With Tailwind ready to go, we just need to kick off the CSS build process anytime relevant changes are made during development.

To do that, crack open the config/dev.exs file and search for the list of watchers. By default, there’s an esbuild watcher that invokes the install_and_run function of the Esbuild module to bundle the application’s JavaScript:

Add an npx watcher that runs the tailwindcss utility like so:

It takes your assets/css/app.css as the input file and outputs the generated CSS to priv/static/assets/app.css, watching for changes and rebuilding as needed. Compared to using webpack, this approach is a lot more transparent.

We also need to kick off the CSS build process when the application is deployed to a production environment. Basically that means running the same tailwind command as we did in the development environment. But instead of running that command as part of a watcher, we want to run it whenever the mix assets.deploy task is run.

First, create a deploy script in the assets/package.json file like so:

In the production environment we want to minify the generated CSS, so we’ve added the minify option.

Then we want to run the deploy script as part of the mix assets.deploy task. So open mix.exs and find the "assets.deploy" alias in the aliases function. By default, it looks like this:

It first runs esbuild with the default execution profile to bundle the js/app.js file. Then it runs the phx.digest task to digest and compress static files.

To build our CSS, add a new first step that runs the deploy script, like so:

And now we’ve knitted everything together for a production build.

5. Include Tailwind In the CSS

Now we’re ready to pull all the Tailwind goodies into our application’s CSS.

To do that, open the existing assets/css/app.css file and you’ll notice that the first thing it does is import the default Phoenix styles for the starter application:

When I’m using Tailwind I generally don’t use the default Phoenix styles, so I remove that line and also delete the corresponding assets/css/phoenix.css file. Totally your call.

Then at the top of the file (or after the @import line if you left it in), add these three Tailwind directives:

When the PostCSS build process kicks in and the tailwindcss plugin gets its turn, it will replace each of these directives with CSS generated by Tailwind: it’s base styles, component classes, and utility classes.

4. Remove CSS From the esbuild Pipeline

This step is easy to overlook, so it deserves a section of its own!

If you look in the generated assets/js/app.js file, you’ll see that it imports the assets/css/app.css file:

This line causes esbuild to process the CSS file and extract it to priv/static/assets/app.css. We don’t want that to happen because it’ll cause conflicts with our PostCSS build pipeline.

So it’s important to remove that line from assets/js/app.js so that esbuild isn’t invited to the CSS build party.

Now fire up your Phoenix server, and you should be able to use Tailwind utility classes to style content. For example, this should give you a Phoenix-colored heading:

Then change text-red-500 to text-blue-500, for example, and after saving the file your browser should automatically refresh to show a blue heading.

And if you peek at the generated CSS that’s been processed through PostCSS (it’s in priv/static/assets/app.css) you’ll see it includes all the Tailwind base styles, component classes, and utility classes which were added by the tailwindcss PostCSS plugin. As well, you’ll notice that vendor prefixes were automatically added by the autoprefixer PostCSS plugin.

Wrapping your custom component classes with the @layer components { ... } directive isn’t required, but it’s recommended. Doing so moves those styles to the same place as @tailwind components which avoids specificity issues.

I hope that helps put the wind at your back as you design Phoenix apps! 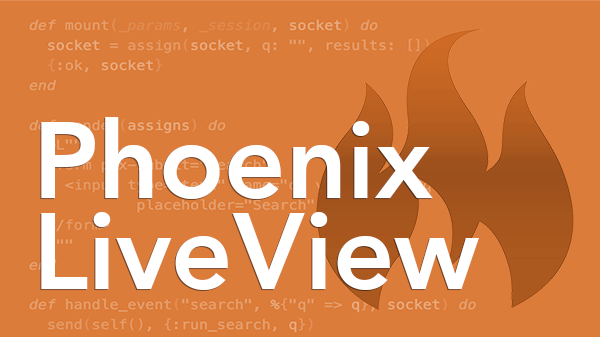