Gone are the days when you have to use external gems to handle file uploads in Rails. These days Active Storage is built into Rails with support for multiple cloud-based storage services such as Amazon S3, Google Cloud Storage, and Microsoft Azure. And in typical Rails style, the configuration is minimal.

If you want to see how to use Active Storage in a full-featured Rails app, check out our comprehensive Rails course. If you simply want to know how to get it working in your own app, this tutorial will walk you through the steps.

Behind the Scenes: A Polymorphic Join Table

Although you won’t use these two new database tables directly, it’s always empowering to have a cursory understanding of what’s going on behind the scenes. So crack open the generated migration file and have a peek.

The active_storage_blobs table is fairly straightforward:

It stores all the details of uploaded files including their filename, content_type, metadata, and other such information. And the key is an encoded value that points to the file in the Active Storage service.

The active_storage_attachments table is much more interesting:

What’s particularly interesting about this join table is it’s a special type of join table: a polymorphic join table. You can tell because the polymorphic: true option is added to this line:

This means that the record it’s referencing can be any ActiveRecord model.

If the polymorphic: true option weren’t added here, then the migration would simply create a column named record_id which would contain a foreign key pointing to a record. But it wouldn’t know what type of record it’s pointing to! 😲

Here’s the takeaway: The active_storage_attachments table joins any ActiveRecord model to its images (or attachments) because it’s a polymorphic join table. So with these two pieces of information—a foreign key and a class name—the row knows exactly which record it’s referencing. 👌

The database is now ready to join any ActiveRecord model to a blob (an uploaded image), but we still need to declare associations in our models.

Suppose, for example, we want our Event model to have one attached image—the main image for the event. To do that, we add a declaration in the appropriate model like so:

So what does this has_one_attached declaration do? Well, using a bit of metaprogramming it effectively creates two associations like this:

The model is now ready to accept an image attachment. To let users choose a file to upload from their computer, we need a form which includes a file upload input field, like so:

Now back in our app, we can use the form to select and upload an image!

To display the image that’s attached to a model, we just need to use the main_image attribute of the model which in our case is an Event. For example:

By default in the development environment, Active Storage stores all uploaded images on your local disk in the storage subdirectory of the Rails application directory.

If after uploading an image you drill down into that directory, buried under a few other subdirectories you’ll find a file whose name is the same as the blob key. It’ll be something obscure like 8x2jhtmb33u0kcsyrb9vmwf7gp0w:

That’s the file you uploaded!

So what kind of files can users upload? Well, as things stand, there are no restrictions on the file type or its size. It would be foolhardy not to add some basic validations. Now you might think Active Storage would include built-in validations but that’s not the case. Thankfully it’s surprisingly easy to write custom validations.

Let’s say we want to restrict the image size 1MB or less and only accept JPEG and PNG files.

Consider those validations as bare minimums. You’ll want to think carefully about what types of files can be uploaded to your app, and what size you’re willing to handle. As an alternative to writing custom validations for image uploads, check out the Active Storage Validations gem which includes a variety of common validations you might want to perform.

Active Storage will always store unaltered copies of uploaded files. But sometimes you need to transform those image. For example, you might want to resize an uploaded image to generate a smaller thumbnail image. Active Storage has an answer for that: it can create something it calls a variant. It’s a variation of the original uploaded image. For example, an original image might be 300x300 pixels and have a thumbnail variant that’s only 150x150 pixels.

You can have as many image variants as you like, and they’re automatically created and stored when requested. If you drill down into the storage directory you’ll find all the variants under the va/ri/variants directory. Each image’s variants are stored in a separate subdirectory whose name is the same as the image blob key, such as 8x2jhtmb33u0kcsyrb9vmwf7gp0w:

We’re almost ready to turn our attention to uploading files to a cloud-based storage service when running in the production environment, but first a bit of setup is needed. All of the cloud-based storage services supported by Active Storage require a set of credentials. Here’s the rub: those credentials are super-secret! If they were revealed, someone could hijack our account and run up our storage bill. 😳

Let’s set that up…

First you’ll need to create and activate an Amazon Web Services account if you don’t already have one. The free tier offers sufficient storage space for learning purposes.

All files in S3 are stored in buckets which act basically like directories. Create an S3 bucket where your uploaded images will be stored. You can name the bucket anything you want, but the name must be unique across the entire Amazon S3 system. For example, if your app is named quiet-thunder on Heroku then you might name your bucket quiet-thunder-images.

Now we’re ready to encrypt our secret access keys in a file that the Rails app can decrypt when its running. To do that, first run:

The --wait option prevents the command from exiting immediately. It waits until you’re done editing the credentials and you’ve closed the file.

Once the temporary file opens you’ll see all the credentials in plaintext. Uncomment the following section, and replace the values of both keys with your AWS access keys:

Here comes the semi-magical part: Save the temporary file and close it in your editor. Doing that causes the contents of the temporary file to be encrypted and written to the config/credentials.yml.enc file. If you open up that file, you’ll see it’s total gibberish. That’s the result of good encryption.

So config/credentials.yml.enc is obviously an important file. But on its own, this file is useless. To unlock the secrets held within that file, you need a master key.

Where’s the master key? You guessed it: in the aptly-named config/master.key file. This file was generated when you initially generated the Rails app. And if you look inside, you’ll see a master key that unlocks the secrets of your app!

If you ever want to generate a new master key, you can run

And then you’d copy the resulting key into the config/master.key file.

And if you look in the generated config/storage.yml file, you’ll see that the Amazon S3 storage service is configured like this:

To see how that works, hop into a Rails console session and give this a whirl:

The result should be the value of the access_key_id you typed into the temporary file.

No surprise, this time the result should be the value of the secret_access_key you typed into the temporary file.

When you call Rails.application.credentials, the master key is used to unlock and return the credentials in the encrypted credentials file. Then you can use the dig method to “dig down” into those credentials and extract a specific value under a given sequence of keys. Dig it?

The takeaway is there is one and only one way to add or edit credentials needed by an application, and that’s by running:

In this way, all secret credentials for an application are stored in an encrypted format in the config/credentials.yml.enc file using the master key contained in the config/master.key file. And you never want to store that file in a Git repo!

Now we’re ready to store uploaded images in the cloud in production! ⛅️

Given what you now know, it’s pretty straightforward to store uploaded files in any of the supported storage services!

"I Can Now Build Pretty Much Anything in Rails!"

This is what folks say after taking our step-by-step Ruby on Rails course. The same can be true for you! Once you understand how all the pieces fit together in a full-featured app, you can build whatever you want with Rails. 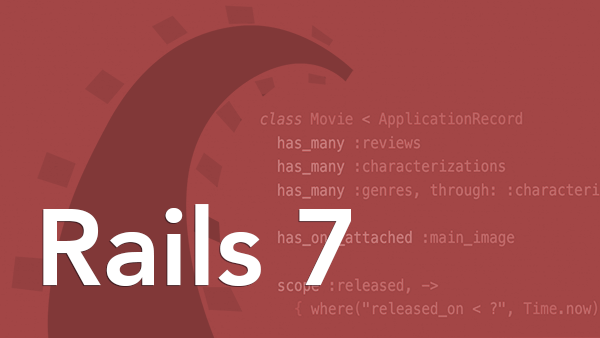